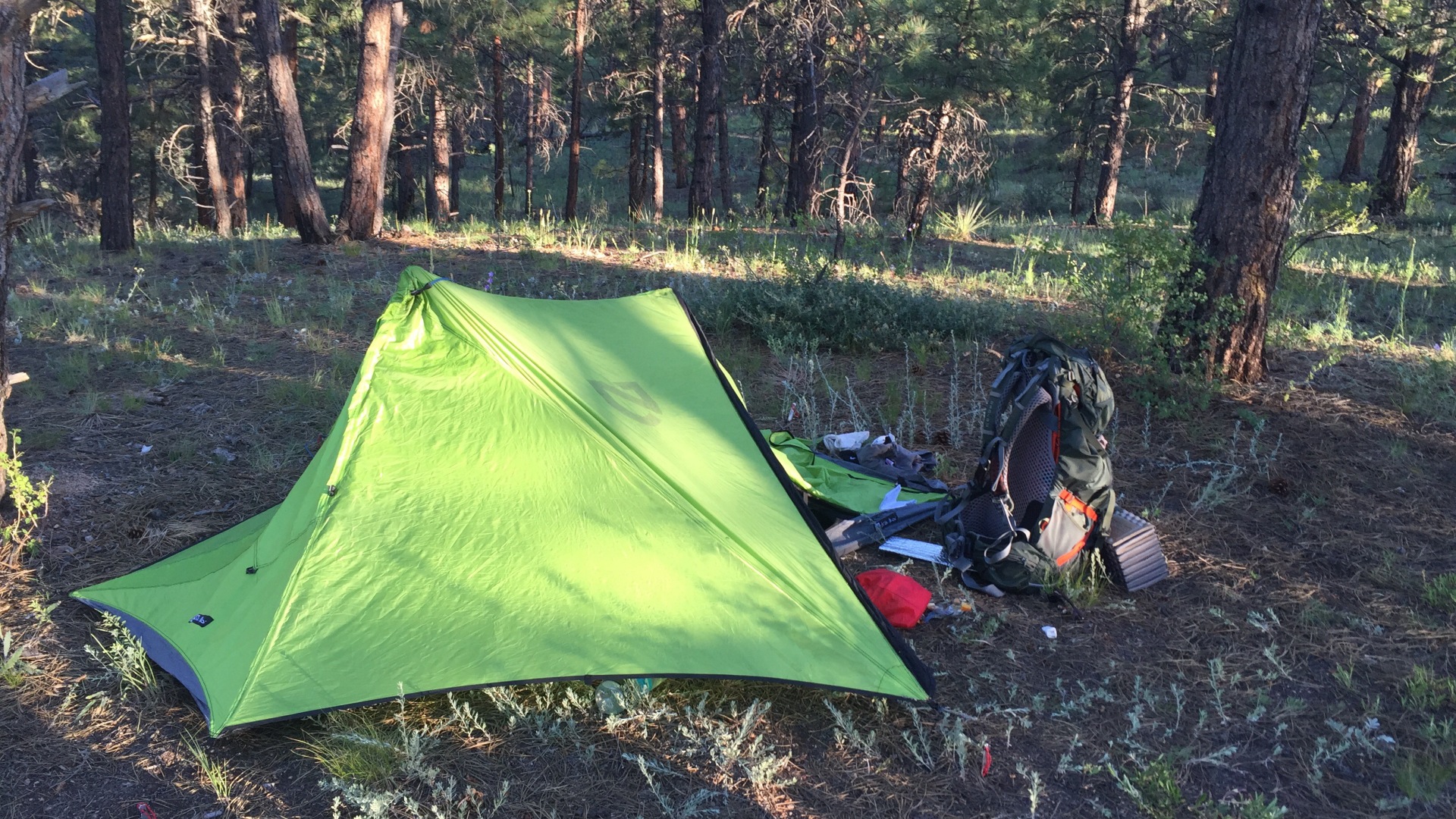 After being dropped off by the Uber at the trailhead, it was time to get moving, and fast. I was supposed to meet Just Clay and Camo “somewhere before the segment 3 trailhead”, so I had to hike Northbound until I found them. Once I found them, we would be turning around in the morning and heading back south again.

I made it maybe a quarter mile down the trail when it turned into a two-track road. Several little trails branched off the main with no signage and I had no idea if I was even on the trail anymore. “Great”, I said to myself. Not even 20 minutes on the trail, it’s about to get dark, and I’m lost. I dropped my pack to get out my headlamp, so I wouldn’t be searching for it in the darkness that would be setting in very soon.

I couldn’t believe it. I was all proud of myself for remembering that the batteries were dying in my headlamp, and changed them out a night or two before leaving. Then I responsibly set my headlamp down on the coffee table so I wouldn’t forget to pack it. Then I walked out the door with everything but my headlamp. Awesome. Looks like I’ll be navigating this unfamiliar wilderness looking for some people that are “somewhere” in a 12ish mile segment in the dark with my cell phone light.

At one point about 3 miles in, I just stopped at a point in a burn and yelled for Just Clay. Surprisingly I heard a yell back! “Clay!” I yelled. “Hello?” I hear yelled back. “Is that Clay?” I say. “No!” He yells. “Is there a place to camp over there?” I ask. The unknown hiker responds with “I don’t know, but I’m looking!”

I spend the next twenty minutes rushing up the trail trying to catch up with the stranger. Mostly because he has a headlamp and I can’t see where I’m walking. It would be nice to pair up with someone who could see. My plan was to hike another 30-45 minutes, and if I didn’t find the guys by then I would just set up camp for the night.

I finally caught up with the hiker. I cannot for the life of me remember his name (so from now on I’ll just call him “Stranger”), but I do remember his dog’s name was Halifax. “There’s no way you’ve been behind me this whole time”, he said. I wasn’t sure what he was talking about. “I’m pretty sure I’m the first one to finish this trail heading Northbound, and I haven’t seen you this whole time.” I had to explain to him that I had actually only started the trail this evening, and was looking for my hiking partners. He seemed to be somewhat suprised at my timing of starting my hike, but offered for me to share camp with him. He did say however that he wanted to lead while we were hiking, which I assume was because he didn’t completely believe that I just started. I wonder if he thought I was going to pass him early in the morning or late at night, being the first to complete the trail Northbound.

We had no luck finding Camo and Just Clay in the next 45 minutes or so, so we decided to set up camp. Stranger and Halifax just did a 37 mile day and were pretty wiped out. We celebrated that tonight was his last night on the trail and they sacked out. I was so excited to be on the trail that I had a hard time even sitting still. I had a wicked headache from hiking so fast to find people and not drinking any water the whole time. Whenever I laid flat, my head felt like it was going to explode.

Eventually my eyes started to fall, and I drifted off. I had only gone maybe 5 miles, but it was a burning fast 5 miles and on legs that hadn’t hiked for weeks. My feet were throbbing, my back was stiff and my legs were sore. It felt great.

I am exactly where I am supposed to be. 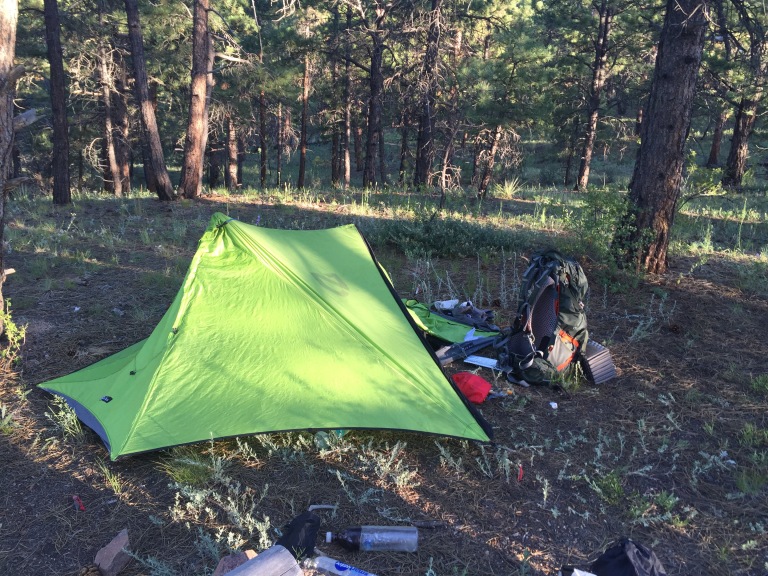 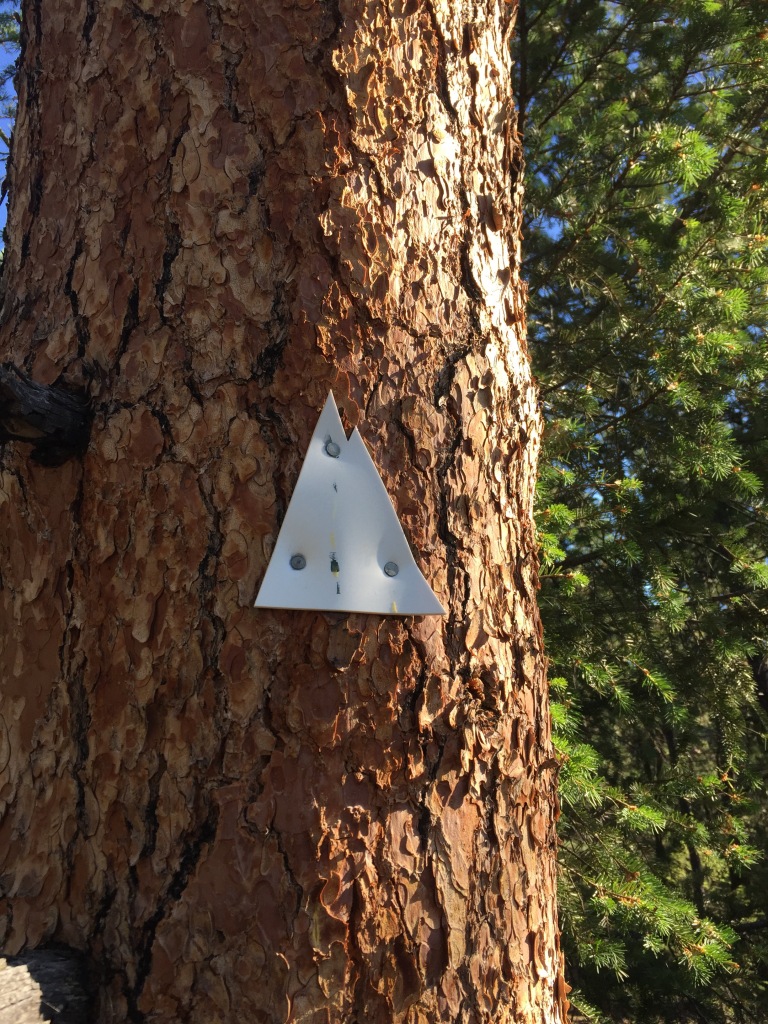